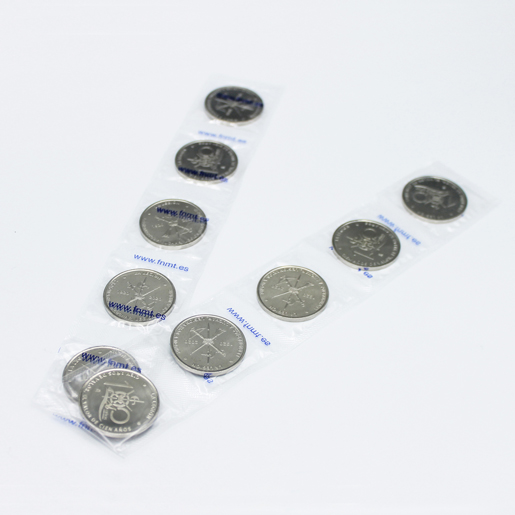 PACK 10 MEDALS CENTENARY OF THE LEGION

On the occasion of the Centenary of the creation of the Spanish Legion, the Royal Mint issues a cupronickel medal.

The logo created especially for this commemoration is reproduced on the obverse side. In the lower part of the piece, in a circular direction and in capital letters, the legend "One hundred years of courage, the value of one hundred years".