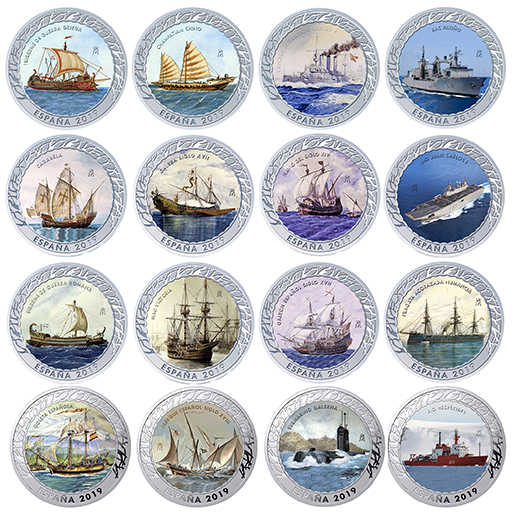 For those collectors who have already acquired the first four coins of the "History of Navigation" series (Phoenician combat ship, training ship Elcano, Spanish ship and Scandinavian drakkar), the Royal Mint of Spain offers the possibility of subscribing to the remaining 16 coins.

This subscription to the collection "History of Navigation", consists of the four deliveries in the year 2019, of four coins each, which are sent monthly.

Click on this link to see the specifications of the coins.
€271.04