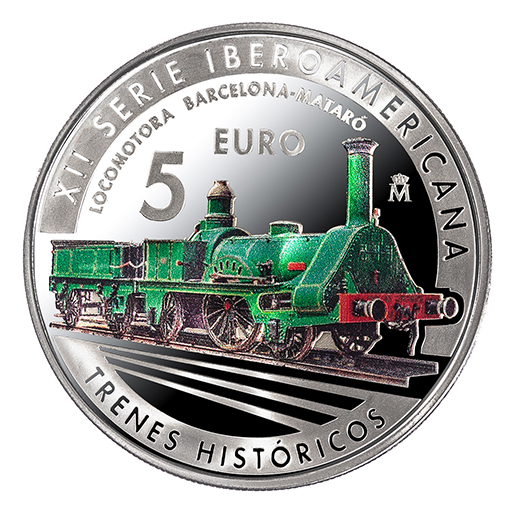 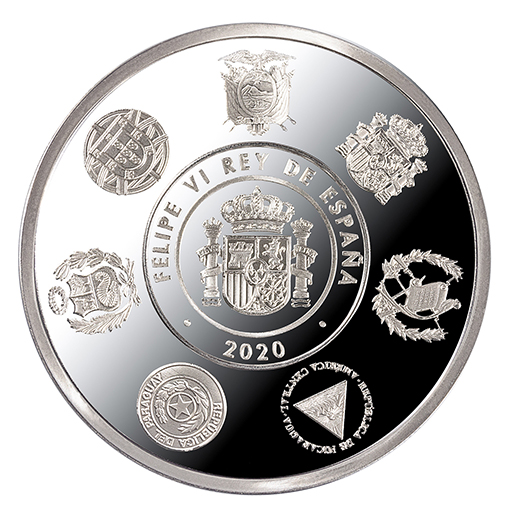 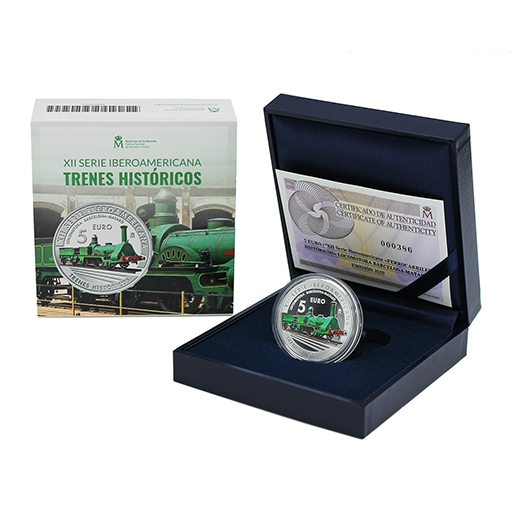 17  In Stock
Added to Your Shopping Cart
Share
The 12th Ibero-American Series "Encounter of Two Worlds", launched in 2020, is dedicated to "Historic Railways".

The obverse of the Spanish coin shows the Spanish coat of arms in a circle. Around it, the legend FELIPE VI KING OF SPAIN and the date of issue 2020. Surrounding the whole central theme, in alphabetical order, are the national coats of arms of the countries participating in this issue: Ecuador, Guatemala, Nicaragua, Paraguay, Peru, Portugal and Spain.

On the reverse there is a colour image of the replica of the Mataró locomotive, which is on display at the Catalan Railway Museum in Vilanova i la Geltrú. Above this image is the face value of the piece, 5 EURO, and on the right is the mint mark. At the top of the coin is the legend XII SERIE IBEROAMERICANA; below it is the legend LOCOMOTORA BARCELONA-MATARÓ. At the bottom of the coin are the words TRENES HISTÓRICOS.
You may also be interested in these products:
Select Options 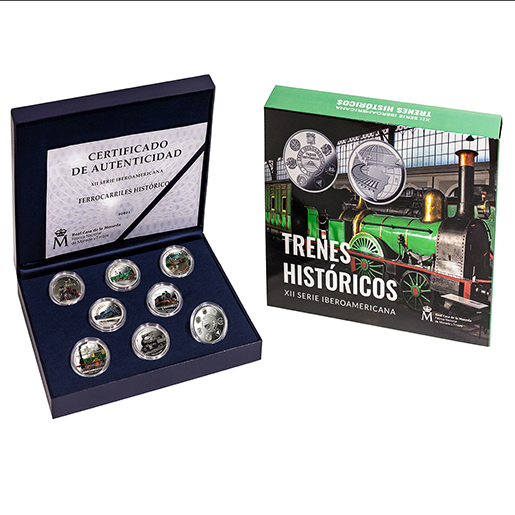 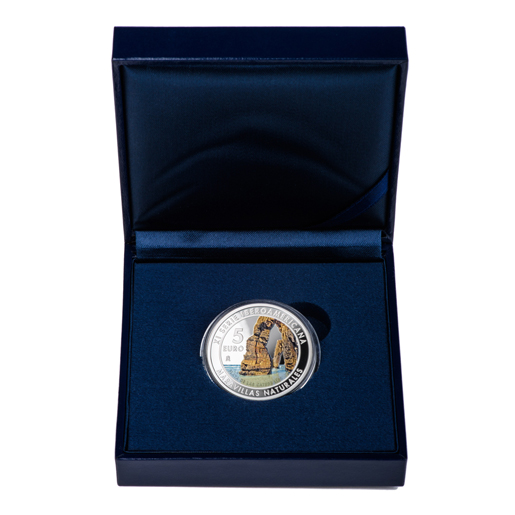 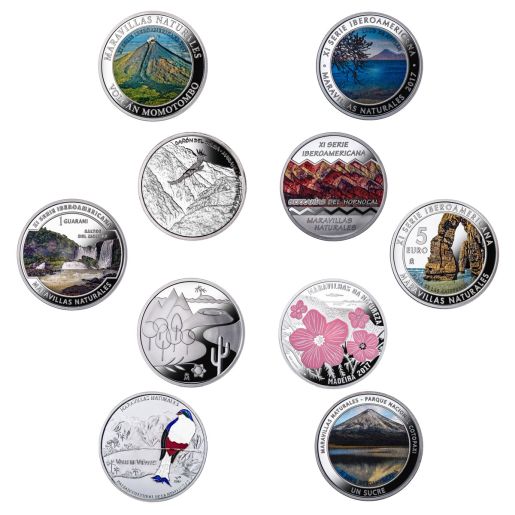 The 12th Ibero-American Series "Encounter of Two Worlds", launched in 2020, is dedicated to the theme of "Historic Railways".

The 'Mataró' was the locomotive chosen to carry out the inaugural journey of the Barcelona-Mataró line on 28th October 1848, departing from Barcelona at 9:00 in the morning and stopping at El Masnou before continuing on to Mataró between various events and celebrations. It also made a return journey to Barcelona from Mataró, which, without the inaugural celebrations, took 35 minutes.

The line had three other twin locomotives, also imported from England, named Barcelona, Cataluña and Besós, each of which cost 2,400 pounds.  The London company Joseph Wright was also commissioned to provide 62 passenger cars, 30 freight cars and 2 cars for the transfer of carriages, to a value of 19,822 pounds. The first Spanish locomotives for the line, 'Española' and 'Arenys' in 1853 and 1857 respectively, were manufactured in the Mataró workshops, imitating the original model.

In the 1880s, all the locomotives of the line were decommissioned and only La Mataró was conserved as a relic, which was transferred to the Clot workshops. In 1877 it was displayed on a pedestal in the Plaça de la Universitat de Barcelona and, when it was removed, it fell and was seriously damaged, so it was dismantled.

A century after its inauguration, RENFE (the Spanish Railways) commissioned the construction of a replica to commemorate the 100th anniversary of the line. This replica is currently in the Catalonia Railway Museum in Villanueva y Geltrú.