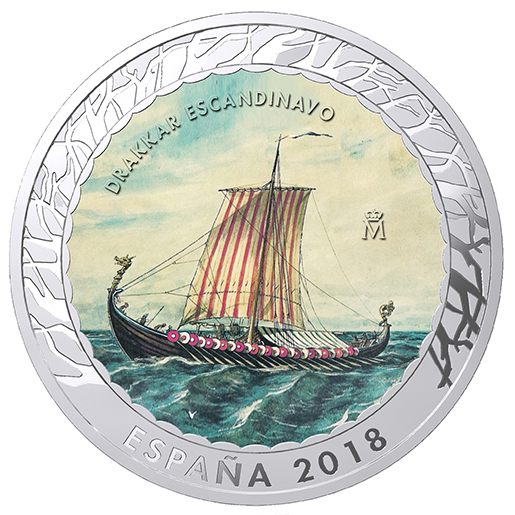 On the obverse is reproduced, in colours, a detail of the work "Vessel of the Scandinavian Vikings. Century X. Rebuilt by the Norwegian Government on the occasion of the Fourth Centenary of the Discovery of America ", by Rafael Monleón y Torres, which is kept in the Naval Museum of Madrid. On the right, the mint mark. Above the central image, in ascending circular direction and in capital letters, the inscription DRAKKAR SCANDINAVO.

On the reverse (common to all the pieces), the face value of the coin 1.5 EURO and the inscription HISTORY OF NAVIGATION appear. Out of the central circle there are six dolphins jumping, counter clockwise, on the same aquatic motifs that appear in the obverses.
€16.94