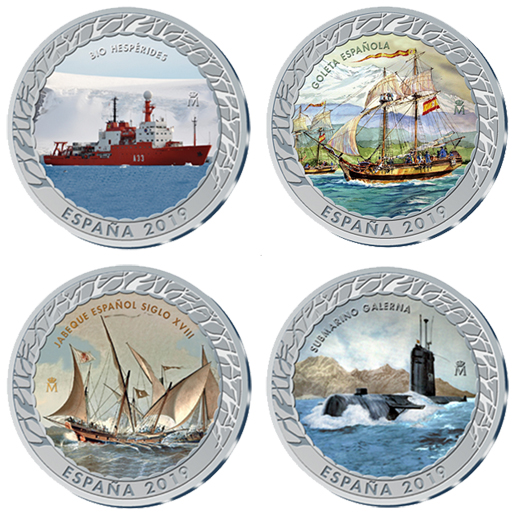 The Royal Mint of Spain presents a series of coins dedicated to the "History of Navigation".

These series reproduce a selection of vessels that, for one reason or another, have been relevant over time.

It consists of twenty coins.
Four of them were launched in 2018 and the remaining sixteen in 2019, in four issues.

The fifth issue is made up of the following coins:
18th century Spanish Xebec, Spanish Schooner, Submarine Galerna and BIO Hesperides.
You may also be interested in these products:
Select Options 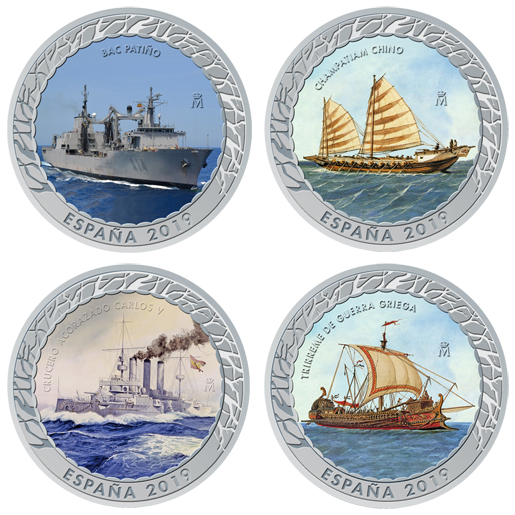 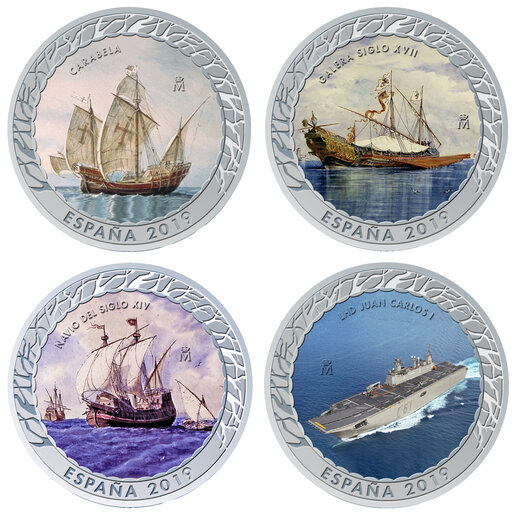 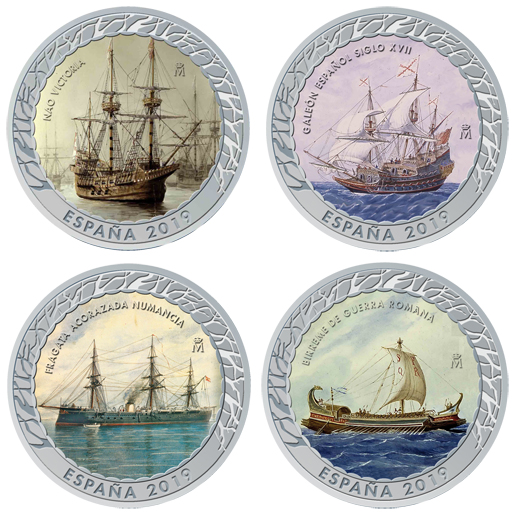 SPANISH XEBEC. EIGHTEENTH CENTURY
Period: Eighteenth century.
Beam-to-length ratio: 1:4.
Propulsion: Cannons.
Weaponry: Cannons.
Description: A typically Mediterranean vessel, the xebec belongs to the galley family, starting out as a fishing boat to be used later by the Barbary pirates in their raids of other ships and in their razias or attacks on the Christian coasts of the Mediterranean.

SPANISH SCHOONER
Period: Eighteenth and nineteenth centuries.
Length: 30 m Beam: Approx. one quarter or one fifth of the length.
Weaponry: Two to 18 cannons, normally 12.
Description: The schooner is a light vessel used mainly for exploration, the transport of mail and largely auxiliary tasks. As it has rigs in which the principal sails are set parallel to the keel, it was able to sail in all winds.