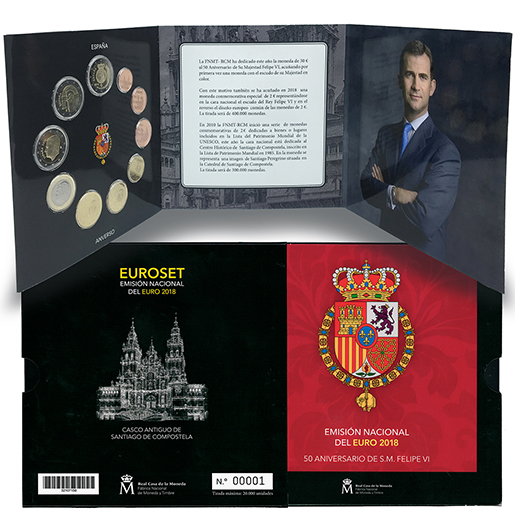 EUROSET 2018
This release consists of the Spanish euro coin set for 2018, offered in a limited edition, arranged in a practical numbered blister pack that protects the coins and at the same time allows a perfectly clear view of both faces of the coins.

The maximum mint run of this Euro set containing coins minted in 2018 is 20,000 units

. This year the set is accompanied by two 2-euro commemorative coins. The first, as a tribute to the 50th anniversary of His Majesty King Philip VI, on whose front side the coat of arms of His Majesty the King is printed.