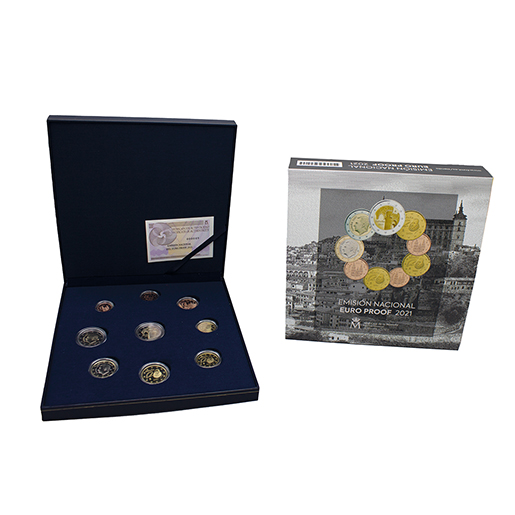 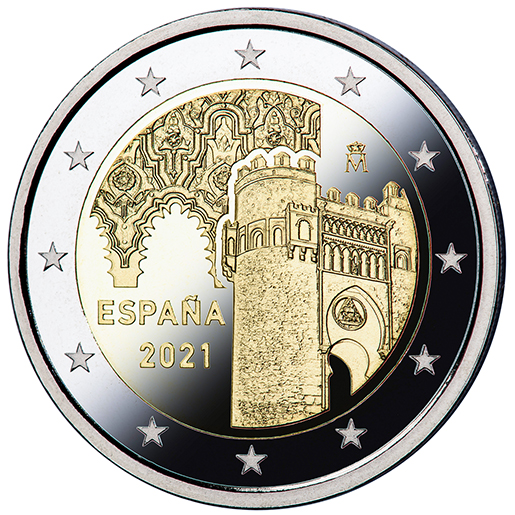 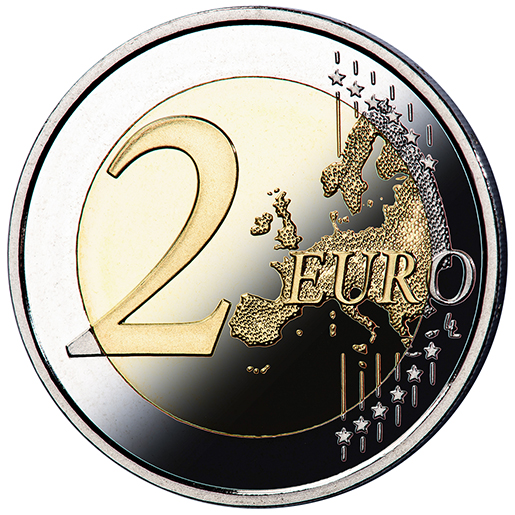 Added to Your Shopping Cart
Share
This collection with the circulating coins issued in 2021, minted with coin blanks and dies specially treated to obtain the maximum quality, the proof quality, is presented in a limited edition of 1,500 units.

This year the collection includes the 2 euro conmemorative coin dedicated to the Historic City of Toledo.

2 Euro Historic City of Toledo
The obverse reproduces a view of "the Puerta del Sol", a building built in the 14th century in Mudejar style and a detail of the mural decoration of the Prayer Room of the Samuel Leví Synagogue (Synagogue of El Tránsito), located in full Jewish quarter of Toledo and current Sephardic Museum.
This is the 12th coin in the annual series dedicated to the sites in Spain included in the UNESCO World Heritage List.
You may also be interested in these products:
Select Options 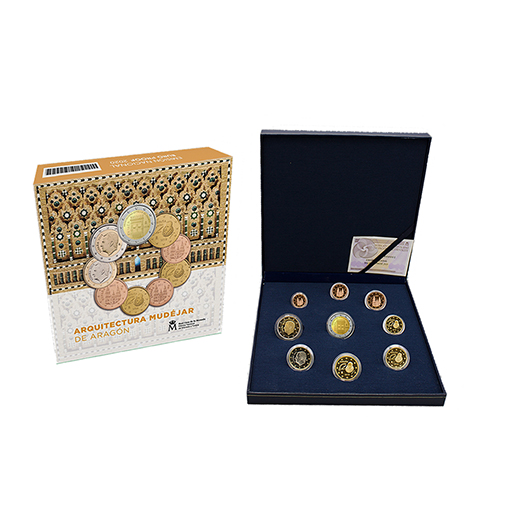 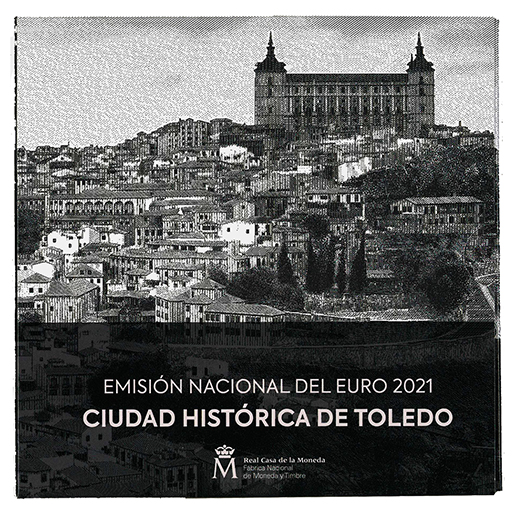 Puerta del Sol is a city gate of Toledo, Spain, built in the late 14th century by the Knights Hospitaller.

The medallion above the arch of the gate depicts the ordination of the Visigothic Ildephonsus, Toledo's patron saint. The name of the gate comes from the sun and the moon that were once painted on either side of this medallion.

This gate was named because of its orientation to the east, where the sun always rises.

The synagogue was converted into a church after the expulsion of the Jews from Spain in 1492. It was briefly used as military barracks during the Napoleonic Wars of the early 1800s. It became a museum in 1910. Today it is formally known as the Sephardi Museum.

The building is known for its rich stucco decoration, its Mudejar style, and its women's gallery.