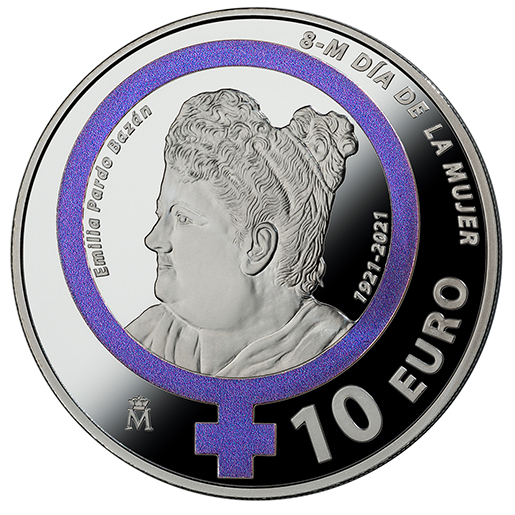 On the occasion of the celebration of the International Women's Day and paying tribute to Emilia Pardo Bazán, a collector's coin dedicated to these motifs is issued.

The obverse depicts a portrait of His Majesty King Felipe VI.

On the reverse, in the center of the coin, the symbol of the woman appears, within the which is framed a portrait of the Galician writer, published in the magazine “La Spanish and American illustration” of September 8, 1892.