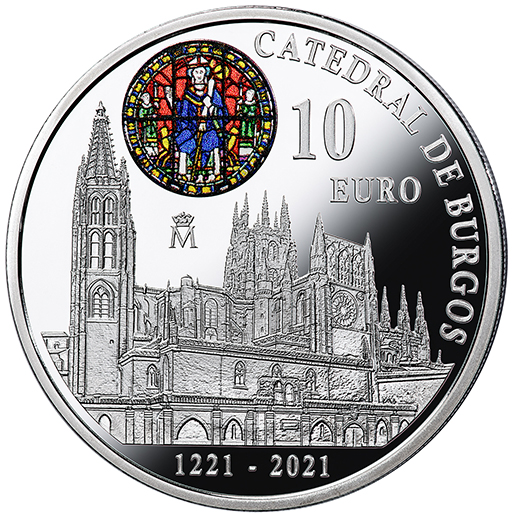 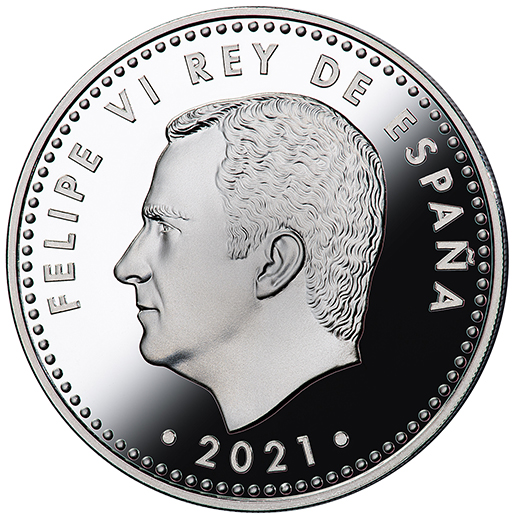 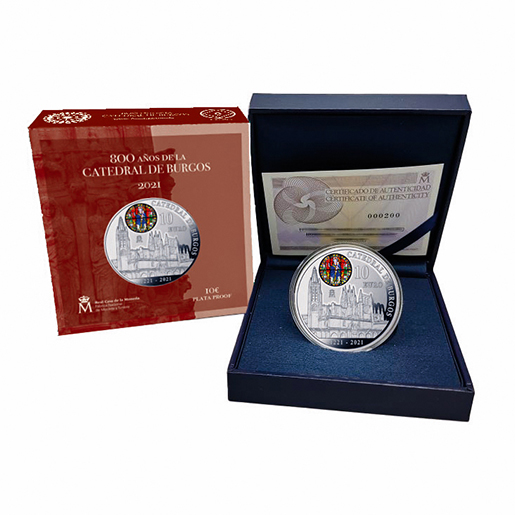 31  In Stock
Added to Your Shopping Cart
Share
On the occasion of the 800th Anniversary of the Start of the Construction of the Burgos Cathedral, the Royal Mint of Spain issues a new collector coin, commemorating this anniversary.

On the reverse, in the center of the coin, there is an image of the Burgos Cathedral.
In the upper part, on the left, a fragment of the Sarmental rose window is reproduced in colours.
Specifications
Information about the Coin
Details

King Ferdinand III of Castile and Bishop Mauricio, educated in Paris, started this prodigious construction, based on the latest European Gothic style.

From the beginning, the Cathedral had a remarkably international character. Thus, its structure was based on the purest French models, being the first classical Gothic building in Spain. Spanish and foreign architects worked throughout the 13th century to build one of the most outstanding buildings in medieval Spain.

This impressive building was listed by UNESCO as a World Heritage Site in 1984.

Two clearly identifiable phases can be seen in the Gothic Cathedral of Burgos: the classic Gothic style (13th and 14th centuries) developed by the first masters and the Flamboyant Gothic style (15th century). The first stone was laid in 1221.

The Rose Window of the Sarmental Gate was built in the 13th century, around 1260, as one of the jewels of the new cathedral, and it preserves the oldest stained glass windows of the Cathedral.