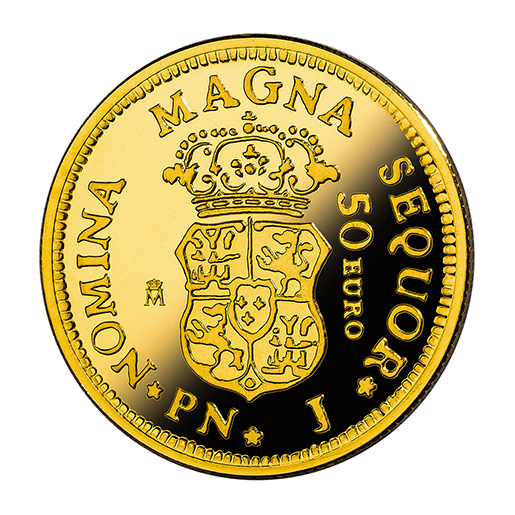 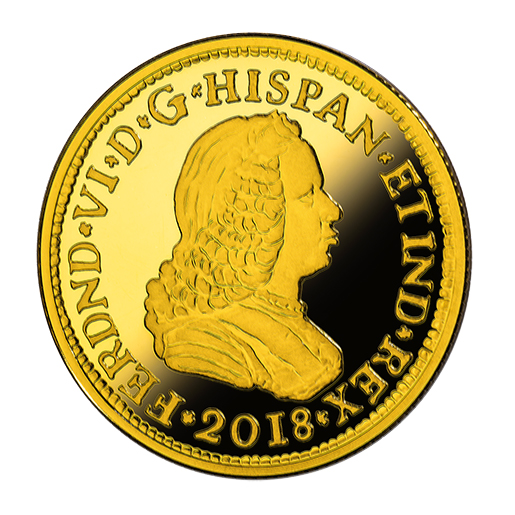 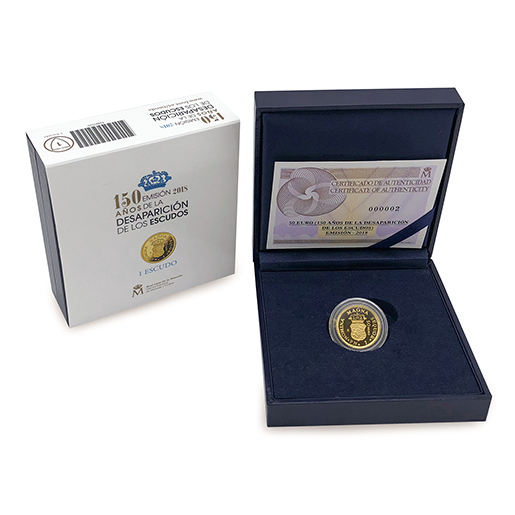 2018 marks the 150th anniversary of the last minting of spanish gold coins in escudos and also of the first minting of the spanish peseta. To commemorate it, the Royal Mint of Spain will produce a collection of 4 gold coins.

The coins will resemble the original ones, including their technical specifications with the exception of minor alterations, namely the year date, the face value and the current mint mark.

The obverse of this coin shows the wigged bust of Fernando VI, surrounded by the legend FERDND.VI.D.G.HISPAN.ET.IND.REX. The mint year, 1759, is replaced by 2018 on the current piece.

On the reverse, the Lesser Royal Coat of Arms of the monarch, castle and lion quarters, with the Bourbon escutcheon in the centre, surrounded by the legends: NOMINA.MAGNA.SEQUOR.J. (we follow the greatest one). Popayán Mint mark, PN, and the assayer’s mark. On the current coin, , the mark of Real Casa de la Moneda, has been added, along with the value, 50 EURO.

Under one of the monetary reforms of Felipe V, as of 1728, the bust of the monarch appeared on the obverse of gold coins, while the Royal Coat of Arms was moved to the reverse. These pieces became known in the vernacular as peluconas, an allusion to the flowing locks seen in the king’s portrait (peluca is the Spanish word for wig).

Casa de la Moneda de Popayán, belonging to the New Kingdom of Granada, was one of the later mints to be founded in the American Viceroyalties. The first Royal Command issued for its creation dates from 1729, although it did not come into effective operation until 1756 and two more years would pass until the first coins were struck. In the main, this mint produced coins in gold, which was to be found in great abundance in the area.