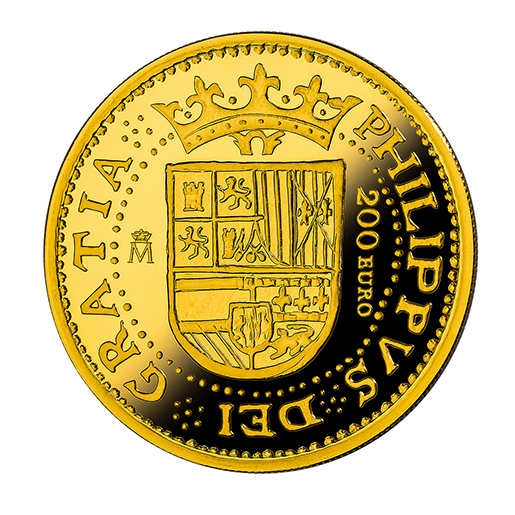 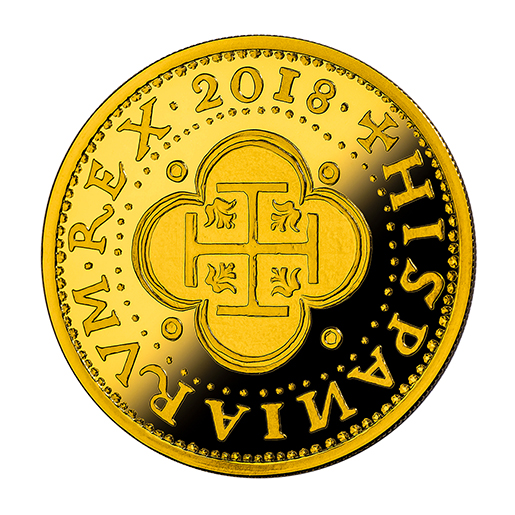 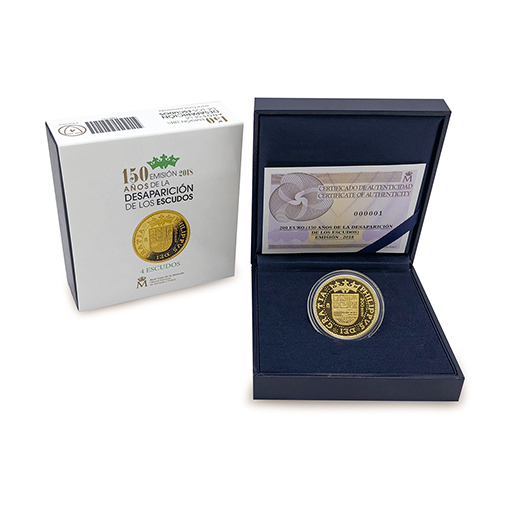 2018 marks the 150th anniversary of the last minting of spanish gold coins in escudos and also of the first minting of the spanish peseta. To commemorate it, the Royal Mint of Spain will produce a collection of 4 gold coins.

The coins will resemble the original ones, including their technical specifications with the exception of minor alterations, namely the year date, the face value and the current mint mark.

A reproduction of the Castilian gold 4 ESCUDO coin, struck at the Seville Mint during the reign of Felipe II. The actual mint year is unknown as coins did not carry the number of the year systematically until 1588.

The obverse of the original piece bears the monarch’s Royal Coat of Arms with the quarters of Castile and León, Granada, Aragon, Sicily, Austria, Burgundy (old and new), Brabant, Flanders and Tyrol. To the right of the coat of arms,  and IIII, the unit of value. In the reproduction, , the mark of Real Casa de la Moneda (Madrid), is added and the value IIII is replaced by 200 EURO. The whole is surrounded by the legend PHILIPPUS II DEI GRATIA.

On the reverse, the Jerusalem cross-cantonée, four leaves, set within an orle of four semicircles and surrounded by the legend HISPANIARUM.REX. The current coin also includes the year, 2018.

The New Seville Mint, as it was then known, was built in the sixteenth century inside the walled enclosure, between the towers, Torre del Oro and Torre de la Plata, just by the gate, Puerta de Jerez, and the old mint. Designed by architect Juan de Minjares, the building was refurbished by Sebastian Van der Borcht, who added a monumental srone frontispiece. One of the leading Castilian mints, the Seville plant continued to produce coins until 1868.