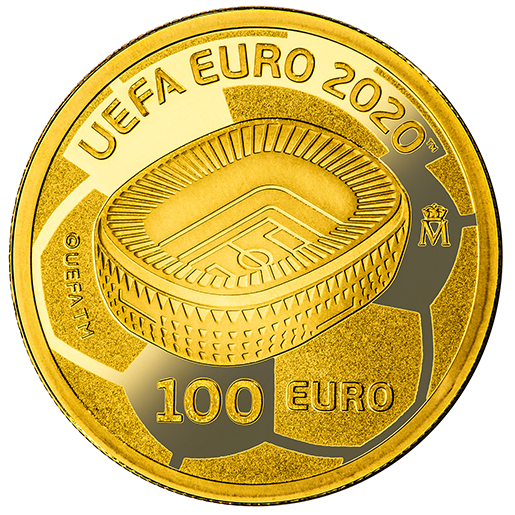 UEFA has invited the Royal Spanish Mint to participate in the official collector coin programme for the UEFA European Football Championship that are set to be held in 12 cities in 12 European countries from 12 June (opening game: Turkey v Italy, Olimpico in Rome) to 12 July 2020 (Final, Wembley Stadium, London).

For this event, the Royal Spanish Mint will issue one silver and one gold coin both depicting on the obverse the effigy of H.M. the King Felipe VI.

On the reverse side of the gold coin, on a ball of football as a background, there is an image of the San Mamés Stadium in Bilbao, located in the north of Spain, where four matches of this competition will be played