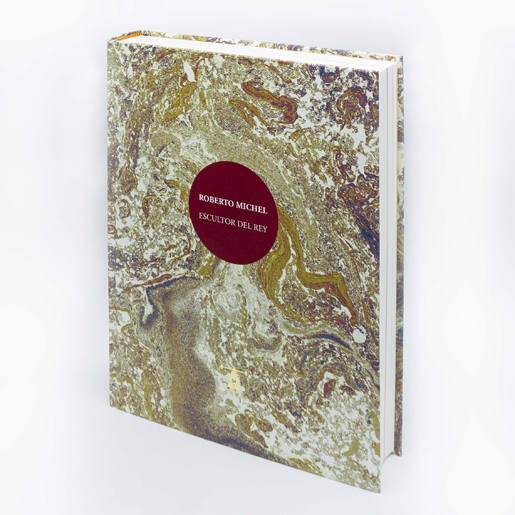 only 1 left online
Added to Your Shopping Cart
Share

On occasion of the exhibition dedicated to the Tercentenary of the birth of the first Chamber Sculptor of King Don Carlos III, the Royal Mint publishes the most complete monograph to date on the life and work of the master Roberto Michel.

In the exhibition "Roberto Michel, Sculptor of the King" is shown, for the first time, and entirety, the so-called Michel Legacy, a very important collection of drawings, models and preparatory designs, as well as sculptures that the Mint Museum owns.

The collection comprises around 1,500 drawings and more than 5,000 prints belonging to the Italian, Flemish, Spanish and French schools from the 16th to 18th centuries. The collection includes an important series of prints by the most representative artists of contemporary art.

Given the close ties that the chamber sculptor Roberto Michel had with the Mint, the Museum preserves models of sculptures that were used to create well-known monuments in Madrid, such as the Lions of the Cibeles Fountain, Tritons from the fountains of the Paseo del Prado and decorative elements of the Royal Palace.

Roberto Michel (1720- 1786) is undoubtedly one of the most important sculptors of the Spanish artistic scene of the 18th century.

French by origin, he was born in Le Puy en Velay, in Languedoc. After training in the art of sculpture in his own country, he arrived at the Spanish court in 1740.

Michel devoted most of his artistic activity to the service of the Crown, working mainly on the decoration of the Royal Palaces. With Fernando VI he held the post of Chamber Sculptor of the King and with Carlos III, he became Chamber Sculptor- in- Chief of the Royal Person. In addition, he was appointed Director of Real Academia de Bellas Artes de San Fernando.

Michel participated in the sculptural decoration of the Royal Palace in Madrid. Also he sculpted the lions of the Fuente de Cibeles; the military trophies, lion heads, cornucopias and angels of the Puerta de Alcalá.

As well as the stucco decorations of the Royal Sites of Aranjuez, La Granja and El Pardo.

He produced etchings, such as Venus and Time and Venus and Mars dated 1764.

He died in Madrid and was buried in the Church of Santa María de la Almudena de la Villa y Corte, which was demolished in 1869. It is unknown where Roberto Michel's remains are.